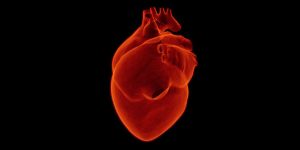 Cardiac magnetic resonance (CMR) radiomics, an innovative image analysis tool developed as part of euCanSHare, detected significant differences in the tissue architecture (i.e., shape and texture) of male and female hearts, according to a new study conducted – among others – by our partners University of Barcelona and Queen Mary University of London (QMUL). The findings were recently presented at the 2020 European Society of Cardiology Congress.

The study was based on a cohort of 657 (309 men, 358 women) healthy subjects from UK Biobank, divided into three age groups (45-54 years, 55-64 years, 65-74 years). By analysing their CMR radiomics images, researchers revealed statistically significant differences in radiomics features between men and women. Particularly, men’s heart muscle was dominated by more coarse textures, while women’s hearts had finer-grained textures. Also, significant differences were detected in the overall shape of male and female hearts, with men having a larger heart muscle surface area compared to women, even after adjusting for body size. Finally, heart shape and texture were found to change with age. Specifically, heart shape differences between men and women decreased with age, whilst texture differences remained across all age groups and dominated in older age.

This evidence points out that CMR radiomics has the potential to identify relevant features for understanding cardiovascular structure and function. Zahra Raisi-Estabragh, lead researcher of the study from QMUL, said “The current image analysis tools available in hospitals do not fully encompass the complexity of the heart’s architecture. We need to be able to see the heart in much greater detail to be able to truly understand how it changes between men and women, with ageing, and during the development of heart disease. Our technology has great potential to do just that. Our ultimate goal is to use our imaging ‘toolkit’ to allow faster and more accurate diagnosis of heart disease, improve our estimations of future risk of heart conditions, and better understand the processes underlying cardiovascular disease.”

As a next step as part of euCanSHare, CMR radiomics will be used to clarify the relation between cardiac structure and tissue features, cardiac risk factors and clinical outcomes, to attribute a quantifiable predictive value to these newly identified radiomics features, complementing existing clinical measures.

The study has been featured in various UK newspapers, including The Sun, The Times, The Telegraph and The Daily Mail. The findings from this work demonstrate how the power of cardiac imaging and leveraging big data cohorts can bring a significant contribution for a better understanding of cardiovascular health and disease, one of the core goals of euCanSHare.